Business Success Stories To Motivate Working Professionals: We all want to live a successful and prosperous life. Every person needs to find his own path towards success, however, there are some versatile principles. Some of the most important things are personal qualities like self-confidence, persistence, responsibility, determination, and willingness to learn from mistakes and overcome obstacles. These success stories will help every individual to know what it takes to become successful in any business or work. 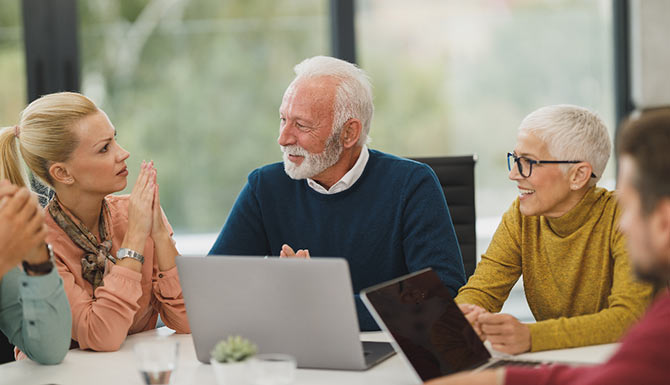 John Davison Rockefeller, the well-known billionaire of America started his career as a small businessman. He was not well off enough to attract any worthwhile investment in his business. But due to his honesty, integrity, keen interest, and polite nature, he managed to get enough financial support from one of his friends to start a small business.

He kept making steady progress through hard work and diligence. His honesty won him support from some big businessmen who lent him money. Rockefeller would always repay the loans in time which earned him a reputation as an honest and trustworthy person in the world of business.

Due to his hard work, total dedication, high values, and strength of character, Rockefeller rose to the top to become one of the richest men in the world. He is widely considered the wealthiest American of all time, and the richest person in modern history.

His standard Oil Company and ExxonMobil are among the 500 biggest corporations in the world. Rockefeller revolutionized the petroleum industry, and along with other key contemporary industrialists such as steel magnate Andrew Carnegie, defined the structure of modern philanthropy.

Moral of The Story: Revealing the key to his success, Rockefeller said in a press interview, “I never lost my patience even when faced with adverse situations and failures. I never compromised my personal integrity. I maintained my self-confidence at any cost. This is the key to my success.

Read More Stories: 15 Real Ghost Stories That Will Make You Lock Your Doors

Once, there was an old man who lived in a tiny house in a U.S. city. He was broke and just owned a beat-up car. You can easily guess about the financial condition of a person who was living off of $99 social security checks. But at 65 years of age, he decide things had to change. So he thought about what he had to offer. His friends always raved about his chicken recipe.

He decided that this was his best shot at making a change. So he left Kentucky and traveled to various states of the country to try to sell his recipe. He told restaurant owners that he had a mouthwatering chicken recipe. He offered the recipe to them for free, just asking for a small percentage of the items sold.

Sounds like a good deal, right? Unfortunately, not to most of the restaurants. He heard NO over 1000 times. Even after all of those rejections, he didn’t give up. He believed his chicken recipe was something special. He got rejected 1009 times before he heard his first yes.

With that one success, Colonel Hartland Sanders changed the way Americans eat chicken. Kentucky Fried Chicken, popularly known as KFC, was born. The company is now a billion-dollar organization with a team of thousands of people and operating in more than 30 countries.

Moral of The Story: Never give up on your dreams and always believe in yourself in spite of rejection.

Business Success Stories To Learn How To Excel In A Venture

A young man asked Mr. Henry Ford for guidance to be as successful and rich as him. Ford said, “Maintain your honesty at any cost and strive in the profession with hard work and a strong positive attitude.” Henry Ford, the famous American industrialist, and the founder of the Ford Motor Company, started his career as a simple automobile mechanic and reached the highest peak of success only through hard work.

He is considered the pioneer and founder of the entire automobile industry. At the time of setting up his factory, he cherished a dream to produce a car so cheap that each of his employees can afford it. In the year 1913, each car that rolled out was costing around $400, and 70,000 cars that stood before the factory gate belonged to the people who worked inside the factory.

Henry was believed to be the richest person in the world by the time of his death in the year 1937. He always championed peace and brotherhood. By establishing the Ford Foundation, he showed his generosity and compassion. This billion-dollar institute is sincerely engrossed in acts of humanity and charity for the deprived.

Moral of The Story: There is no alternative to hard work and honesty if you want to thrive in a great business.

Read More Stories: 5 Happy Short Stories That Show How To Live Your Life

John and Steve joined a wholesale company together just after graduation. Both worked very hard. After a few years, the boss promoted Steve to sales executive but John remained a sales representative. One day John could not take it anymore, tendered his resignation to the boss, and complained the boss did not value hard-working staff, but only promoted those who flattered him.

The boss knew that John worked very hard, but in order to help John realize the difference between him and Steve, the boss asked John to do the following. Go and find out if anyone is selling watermelon in the market? John returned and said yes. The boss asked how much per kg? John went back to the market to ask and returned to inform the boss the price is $ 4 per kg.

Boss told John, I will ask Steve the same question? Steve went, returned, and said, “boss, only one person selling watermelon. Price is $ 4 per kg, $ 30 for 10 kg, he has an inventory of 340 melons. On the table 58 melons, every melon weighs about 15 kg, they are fresh, red, and of good quality.”

John was very impressed and realized the difference between himself and Steve. He decided not to resign but to learn from Steve.

America’s John Jacob Astor possessed dogged determination to work hard and maintain honesty. It helped him rise and become one of the leading multi-millionaires of America. Astor actually started his career as a small businessman trading in tea and sandalwood on a small scale. His integrity won him widespread support and cooperation in the business world.

Astor kept expanding his business bit by bit which eventually grew into a grand business empire in America. Astor bought a country estate in New York and established a permanent headquarter there to manage his ever-expanding business. The business he started has now spread across many countries.

Moral of The Story: Integrity and honesty are the vital needs of any successful venture.

You May Also Like: 20 Biggest Regrets In Life You Must Know Today

Success Stories That Will Motivate You In Life’s Struggles

6. A Story That Tells Why Most People Become Unsuccessful

During a research experiment, a marine biologist placed a shark into a large holding tank and then released several small bait fish into the tank. As you would expect, the shark quickly swam around the tank, attacked, and ate the smaller fish. The marine biologist then inserted a strong piece of clear fiberglass into the tank, creating two separate partitions. She then put the shark on one side of the fiberglass and a new set of baitfish on the other.

Again, the shark quickly attacked. This time, however, the shark slammed into the fiberglass divider and bounced off. Undeterred, the shark kept repeating this behavior every few minutes to no avail. Meanwhile, the baitfish swam around unharmed in the second partition. Eventually, about an hour into the experiment, the shark gave up.

This experiment was repeated several dozen times over the next few weeks. Each time, the shark got less aggressive and made fewer attempts to attack the baitfish, until eventually, the shark got tired of hitting the fiberglass divider and simply stopped attacking altogether.

The marine biologist then removed the fiberglass divider, but the shark didn’t attack. The shark was trained to believe a barrier existed between it and the baitfish, so the baitfish swam wherever they wished, free from harm.

Moral of The Story: Don’t assume you are going to fail. Moving forward consistently even after facing gruesome setbacks is essential to become successful in any business venture.

You May Also Like: How To Become Successful In Life And College

7. Success Story: Turn The Problems Into An Opportunity

A man’s favorite donkey falls into a deep precipice accidentally. He can’t pull it out no matter how hard he tries. He, therefore, decides to bury it alive. Soil is poured onto the donkey from above. The donkey feels the load, shakes it off, and steps on it.

More soil is poured. It shakes it off and steps up. The more the load was poured, the higher it rose. By noon, the donkey was grazing in green pastures.

Moral of The Story: Learn from your problems and turn them into viable opportunities.