The Story of God: Best Stories That Will Nurture Your Faith In God 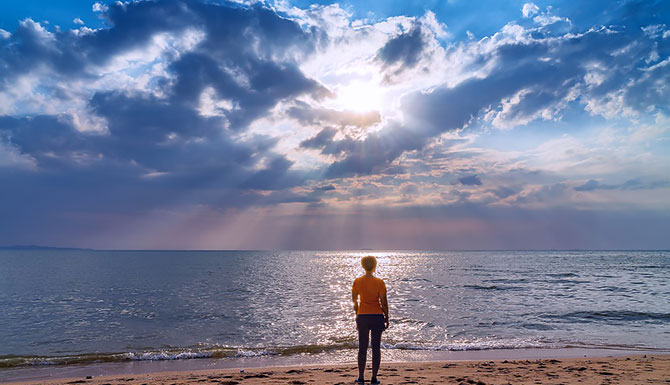 Top Stories About God And His Supreme Grace: God has always been there since before the existence of everything. He is our Creator and Savior who guides us in everything we do. Without Him, we will be lost and alone when facing the most challenging obstacles in life. That’s why getting closer to Him not only helps us become better people but transforms our lives in an incredible way.

Life is full of challenging situations that will test us and make us want to give up. So it is crucial that we strengthen our faith and trust in God in our darkest moments. When we worship and trust God it enables, empowers, and invites the Lord to come close and bring His mighty presence in a whole different way than we’ll experience.

When we trust God in difficult times, we gain new hope as we remember that God is in control and is working for our good. Like us, if you need a light that will help you through your darkest times, then these God stories are for you.

1. How Can You Realize God While Living In The Mortal World

The king asked his counsel – “Can God be realized while raising a family?” The counsel said, “Yes! Oh, King! It is possible but only Mahatmaji can give you a definite answer. He stays nearby, by the bank of the river Godawari. The forest there is dense and we will have to follow his rules.” The king asked, “What are the rules?”

Counsel replied, “Oh, King! Mahatmaji has stipulated that whoever comes to meet him should remember that not an insect should get crushed under his feet. If it does then Mahatmaji would lay a curse upon the person who does it.” The king understood the conditions and painstakingly covered the distance at a very slow pace.

Mahatmaji welcomed the king, seated him, and asked, “Oh King! You have just arrived. What did you see along your way?” The king said, “Mahatmaji I have somehow managed to reach here after avoiding all the insects. I didn’t see anything else.”

Mahatmaji said, “This is the response to your question. If one treads the path of life, avoiding all misdeeds and nurturing a fear of Karmic retribution, God can surely be realized”. The king had found the answer to his query.

2. An Atheist Is Nothing But The Fellow Who Just Lost The Way

An atheist and proponent of the theory of existentialism, Jean-Paul Sartre, had completed his famous book, “Being and Nothingness”. He was well-known around the world even before this book got published. In spite of attaining fame, prestige, and worldly comforts, he was not at peace with himself. He met one of his friends to talk about his restless state of mind.

His friend introduced him to Le-Pierre. Although he was a scientist by profession, Le-Pierre was also interested in spirituality. He discussed spiritual matters with Sartre in a scientific way. Sartre felt peaceful after his conversation with Le-Pierre.

3. Those Who Believe In Almighty God Never Go Out of Luck

A king once lost his way in a jungle. A farmer gave him shelter and treated him most hospitably. He did not know who his guest was but at the time of departure the king gave him a token embossed with a royal seal and said: “Whenever you are in trouble and need help, come unhesitatingly to the palace with this”.

The farmer was hard working. He did not need any ex gratia help, and with the passage of time, the memory of the incident faded away. Once it so happened that the farmer came upon bad days. He remembered the old incident and arrived at the king’s palace. The royal token was taken by the guards to the king.

The king was at that time in his worship room. The farmer was called in there. He saw the king himself praying to God for some favor. Now the farmer’s sense of self-respect awoke. He thought: “Why ask any person for help when the help of omnipotent God is available to all”?

He turned back to go. The king saw him, recognized him, and expressed his keenness to help him. The farmer said: ‘O king! I had indeed come to ask for help, but now I will approach that very Supreme Authority whom you too invoke.” We all should always bear in mind this candid truth.

A Wonderful Story About God And His Unconditional Love

4. Our God Answers Every Sincere Prayer of His Devotees

With implicit Faith in the Lord, Sri Yukteswar was planning a religious procession. He asked me to lead the disciples across the town and beach of Puri. The festive day (summer solstice) dawned in intense heat. “Guruji, how can I take the barefooted students over the fiery sands?” I asked despairingly. “I will tell you a secret,” Master said. “The Lord shall send an umbrella of clouds: you all shall walk in comfort.”

I happily organized the procession; our group started from the ashram with a Satsang banner. Designed by Sri Yukteswar; it bore the symbol of the single eye, the telescopic gaze of intuition. No sooner had we left the hermitage than the sky became filled with clouds as though by magic.

To the accompaniment of astonished ejaculations from all observers, a light shower fell, cooling the city streets and the scorching seashore. The soothing drops descended during the two hours of the parade. The exact instant at which our group returned to the ashram, the clouds and rain disappeared.

“You see how God feels for us”, Master replied after I had expressed my gratitude. “The Lord responds to all and works for all. Just as He sent rain at my plea, so He fulfills any sincere desire of the devotee. Seldom do men realize how often God Heeds their prayers.”

“He is not partial to a few but listens to everyone who approaches Him trustfully. His children should ever have implicit faith in the loving-kindness of their Omnipresent Father.”

A Story About Trusting God That Will Leave You Speechless

5. God Still Cares Even When There Is No Way To Escape

During World War II, a US marine was separated from his unit on a Pacific Island. The fighting had been intense, and in the smoke and the crossfire he had lost touch with his comrades. Alone in the jungle, he could hear enemy soldiers coming in his direction. Scrambling for cover, he found his way up a high ridge to several small caves in the rock.

Quickly he crawled inside one of the caves. Although safe for the moment, he realized that once the enemy soldiers looking for him swept up the ridge, they would quickly search all the caves and he would be killed. As he waited, he prayed: “Lord, if it is your will, please protect me. Whatever your will though, I love and trust you. Amen.”

After praying, he lay quietly listening to the enemy begin to draw close… He thought, well I guess the Lord isn’t going to help me out of this one. Then he saw a spider begin to build a web over the front of his cave. As he watched, listening to the enemy searching for him all the while, the spider layered strand after strand of web across the opening of the cave.

Never Ever Doubt The Plans of The Omnipotent Lord

Hah, he thought. What I need is a brick wall and what the Lord has sent me is a spider web. God does have a sense of humor. As the enemy drew closer he watched from the darkness of his hideout and could see them searching one cave after another. As they came to his, he got ready to make his last stand.

To his amazement, however, after glancing in the direction of his cave, they moved on. Suddenly, he realized that with the spider web over the entrance, his cave looked as if no one had entered for quite a while. Lord, forgive me, prayed the young man.

I had forgotten that in you a spider’s web is stronger than a brick wall. We all face times of great trouble. When we do, it is so easy to forget the victories that God would work in our lives, sometimes in the most surprising ways.

Remember: Whatever is happening in your life, with God, a mere spider’s web can become a brick wall of protection. Believe He is with you always and you will see His great power and love for you.

“It is the quality of our work which will please God and not the quantity.”